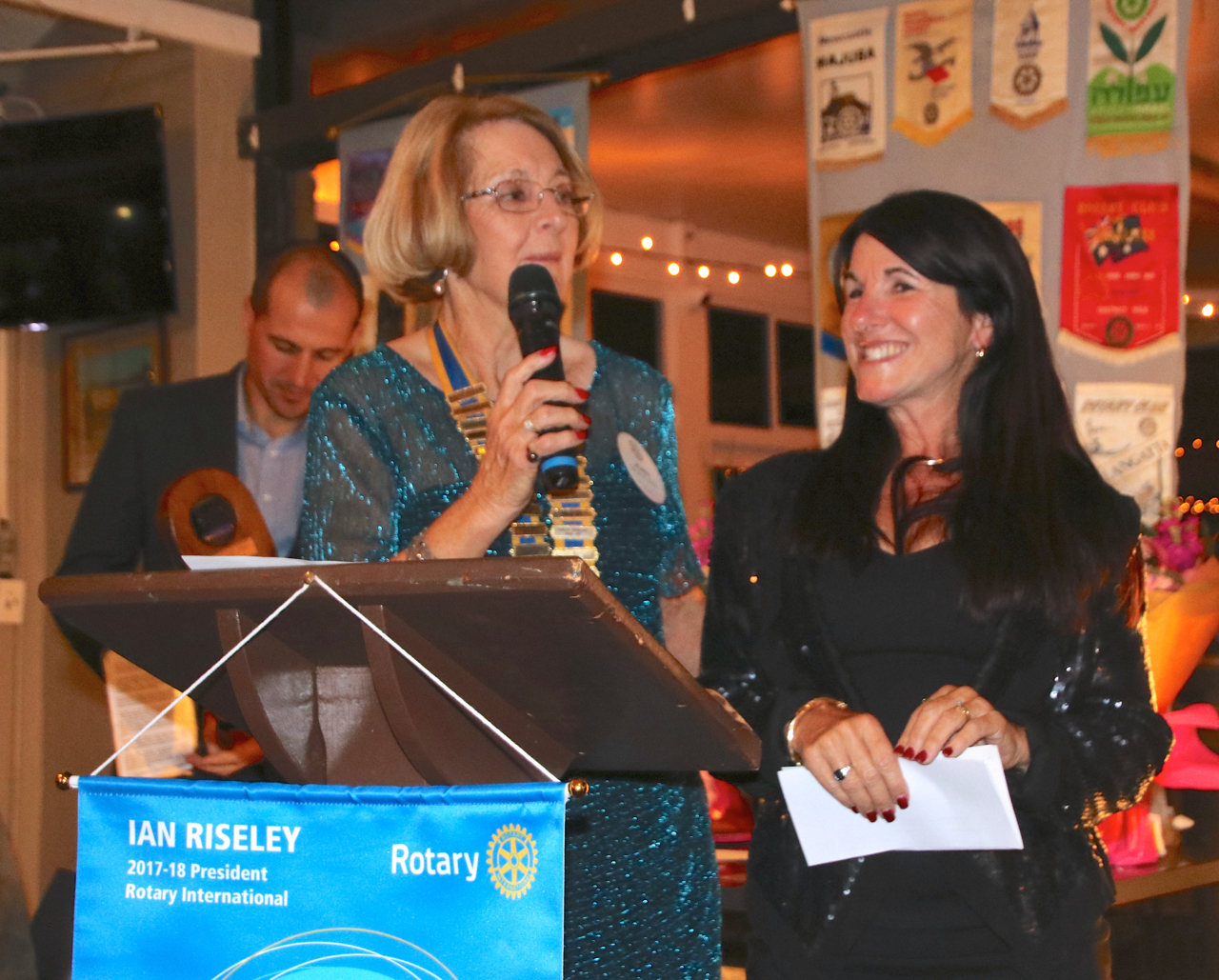 At the recent Rotary Club of Coffs Harbour Changeover, the annual Arnold Forsyth Award was presented.

The 2018 recipient is Julie Jardine for her work on behalf of the Can Do Cancer trust and her seemingly tireless efforts in promoting its work.

Named after our Charter President, The award recognises a person in the community who does good work to improve the lot of people in our community.

In the past, the award has gone to people like Warren Skinner, Julie Ferguson, Geoff King, Hec Goodall, Mick Maley and many more.

The clock that is awarded was handcrafted by the late Alan Chapman from timbers salvaged from the jetty revamp and lovingly crafted. Our resident horologist (clock Guy) Joe Kretschmar added the finishing time piece etc to make the award sparkle.

Julie was speechless initially but once she regained her composure, thanked the club for the recognition.

Julie also acknowledged the donation of $2000 that was made. Half of this donation will go the the men's health fund that has been established, the other half to the general support fund.